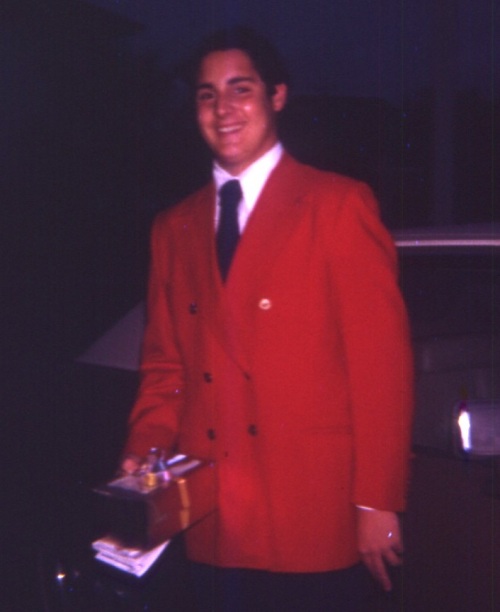 This is Steve on the way to the FVHS Valentines Dance in 1973. 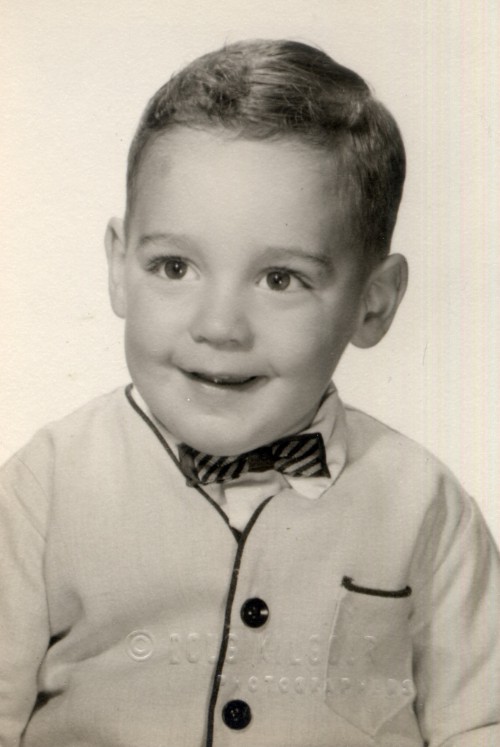 A Tribute from Matt Hatfield

Steve was my cousin but more like my 3rd big brother,  Steve took me to tons of Angel games in the 70’s as a little kid, would supply the neighborhood kids with countless free bowling passes at FV Bowl where he worked.  Countless free passes for batting practice at the Fun center where he worked, Steve helped coach my little leauge team,  wrote a newsletter and kept stats for my popwarner football team, he was “Hat the Stat”

Steve was a great athlete and put the P in passion,  carried a 200 average in bowling, you need a pulling guard to block a big Samoan in a padless tackle football game? thats Steve, who does a face plant trying to catch a ball on asphalt playing street football with 12 yr old kids? Steve,  Who dives head first into 3rd base in freindly game of coed softball?  Steve does.

Steve also taught me right from wrong when I was a kid, he told me it wasnt cool to sneak into the movies, but the right thing was to pay.  Steve was all about doing the right thing. Steve didnt drink alcohol but would be the designated driver for those who did.  Steve didnt have kids of his own, but he baby sat and was fatherly to many different familys that did have kids.

I miss you Steve.

In heaven there is no pain.

No pain of your parents divorce, no pain of not having a foot, no pain in the arse of having to take lithium, no more pain of being misunderstood, the pain is all gone.  Look forward to seeing you again someday.

Earlier this afternoon I received a phone call from Matthew Hatfield  in Orange County,Ca he told me the news about Steves passing away, I reminicsed 16 years ago when Steve and I were roommates in Fountain Valley,Ca.

I recalled Hat’s one of a kind personality, his unique laugh, and our freindship we developed instantly.  The only thing Steve lacked was an ego. I NEVER met a man that treated everyone like he or she was a best freind.  Steve never blew anyone off, he would do tasks for people, work odd jobs and even became Santa “Hat” Claus for the children of Orange County at Christmas.

Thanks for coming into my life Steve. I know I will never meet a better person. I’ll never forget you.

Here Steve is playing Volleyball at Huntington Central Park in Huntington Beach, California. It was a company party for Pacifica Hospital, where Shelley Hatfield worked. 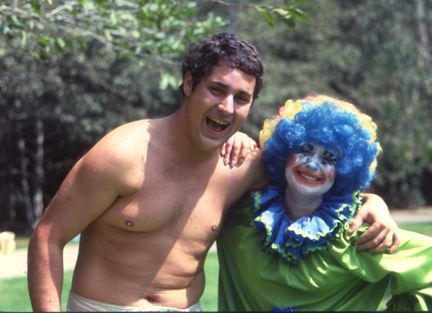 The same day, Steve yuks it up with the clown.

Hatfield boys goofing around in the backyard on Walkerton Street. Pick out the “Lefty”

Steve wasn’t  dealt the best hand in life,  but he made lemonade out of lemons.  He was by nature full of good cheer and enthusiasm. 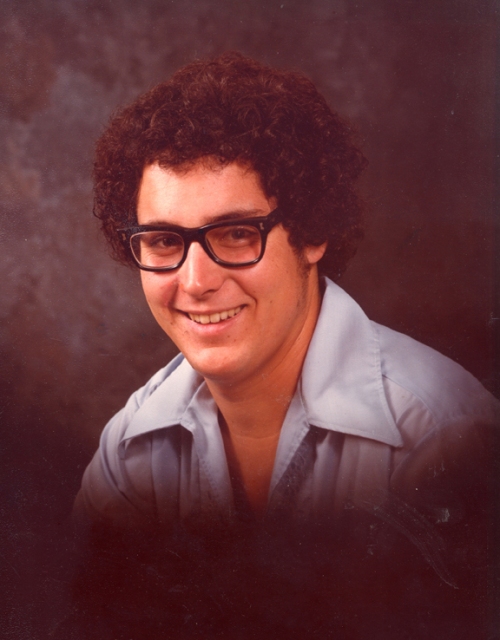 Steve at the Beach

Hey Stevie–if you can hear me–I really miss you now that I know I won’t see you for awhile. If you get a chance tell your Dad and Dick that I really miss them too. I remember your wide eyes and big smile. You wanted to be everybody’s friend and you succeeded. Rick said you had a beard and some silver hair–well you earned them–you really did suffer in this life from time to time–but you prevailed with with your laughter, your sweetness, and your great big heart. You did it your way and I love you for it–you will always be my champion in what matters most. See ya down the road my sweet Steve. Love now and forever, Uncle Don

Run For The Roses

How can any of us ever think of the Kentucky Derby without thinking of Steve.  His birthday was either going to be on Derby Day, or just before it, or just after it.   We always talked before the race, for tips, and after the race,  so he could let you know how close his trifecta pic came.    The most exciting two minutes in sports got a lot more mileage than two minutes for Steve.